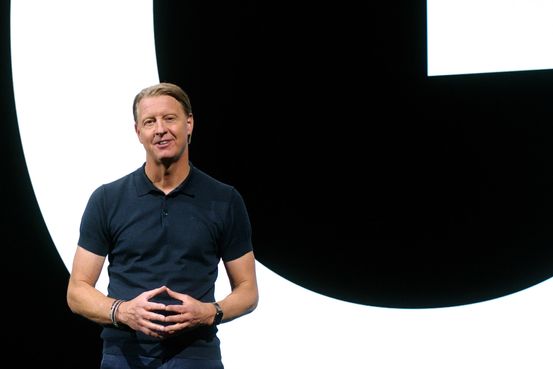 new 5G-enabled iPhones improve on the internet connections older models use, but cellphone carriers are working overtime to make them see it.

The ad campaigns are driven by economics as much as technology. Most Americans already own a smartphone or two, so customer additions usually come at a competitor’s expense. The three big mobile network operators started building their 5G networks differently, offering them a rare chance to hawk something unique—even if they can’t yet deliver the speed and consistency the new technology promises.

“The networks are different for the first time,” said Cliff Maldonado, principal analyst at BayStreet Research. “5G is the perfect time to justify switching carriers.”

Verizon, which has long relied on its No. 1 market-share position and reach, started 5G installations in cities and is now playing catch-up in rural areas. T-Mobile, a relatively small urban carrier a decade ago, is now the second-largest U.S. provider and is touting its rural 5G expansion. And AT&T, not known for discounting, this week introduced aggressive savings offers that mimicked some of the language in old T-Mobile ads.

Each provider is leaning on 5G to gain an edge as customers buy new phones. Phone switching is the most common time for carriers to gain or lose a subscriber.

A fight for customers among carriers would benefit Apple by putting even greater attention on the device. Apple investors are already betting the arrival of the iPhone 12 will reverse recent trends for the company, which saw unit sales peak in its 2015 fiscal year with the first large-screen version.

Investors have pushed the company’s market value to $2 trillion on the belief that the new technology, which is designed to improve the quality of video chats, online games and nascent features such as augmented reality, will motivate customers to upgrade.

Would you buy an iPhone 12 if your carrier had yet to offer 5G in your neighborhood? Join the conversation below.

T-Mobile US, historically quick to offer deep discounts, focused instead this week on the speed and accessibility of its 5G network. The Bellevue, Wash., carrier beefed up its system with assets acquired from Sprint earlier this year.

Verizon on Tuesday expanded its list of areas covered by those high-frequency signals, which support the fastest downloads on the market but rarely travel beyond a few hundred yards. The carrier relies more heavily than its rivals on “dynamic spectrum sharing” to spread that coverage outside those hot spots.

The importance of the U.S. market was on display Tuesday when Verizon Chief Executive Hans Vestberg joined Apple executives to promote the new devices. The U.S. iPhone 12 models are the only Apple handsets that support millimeter-wave traffic.

Verizon consumer chief Ronan Dunne said the frequencies will only enhance the basic 5G service available to customers nationwide. The millimeter-wave service only comes included with the carrier’s premium rate plan, though Mr. Dunne said all 5G phones will have improved connections on Verizon’s network.

AT&T’s top offer to customers focused on price. A promotion publicized Tuesday offered new and existing customers a free iPhone if they use an unlimited-data plan and trade in certain older smartphones.

The Dallas company’s pitch said the deals were “uncomplicating wireless” upgrades, echoing the “uncarrier” events that were once a mainstay of T-Mobile’s ad campaigns. Similar offers applied to new Samsung phones.

The costly promotion—the iPhone 12 Pro Max model sells for $1,099 in the U.S.—still benefits AT&T by giving subscribers a reason to stick with the service while the carrier covers their installment payments over 30 months. It also helps the media-and-telecom company bolt on more products, such as its HBO Max streaming service, to customers’ plans. The AT&T promotion could apply to up to 25 million customers, said Roger Entner of telecom researcher Recon Analytics Inc.

T-Mobile responded Wednesday with several promotions, including up to $500 off new iPhone 12 models for certain customers. Verizon headlined Tuesday’s Apple event with its own free iPhone offer for some new customers and deep discounts for existing subscribers.

The discounts carry hidden costs: Each offer steers customers toward carriers’ more-expensive unlimited-data plans. The approach is reminiscent of the old subsidy model that fueled the iPhone’s rise more than a decade ago, when providers regularly covered the cost of new Apple devices in exchange for two years or more of reliable revenue from customers under contract.

Phone-sales momentum slowed in recent years as customers in many markets wait longer to upgrade their smartphones.

Wave7 Research analyst Jeff Moore said those older iPhones and Android phones could provide pent-up demand for something new, but it won’t be 5G technology opening the floodgates.

“5G will definitely be a major component of the hype for the iPhone 12 launch,” Mr. Moore said. “Will it fundamentally change the way you interact with your smartphone? No. 5G is not that revolutionary.”

Kevin Haddad, who is 69 years old and lives near Los Angeles, said he isn’t ready to upgrade his phone because there are too few apps and services that take advantage of the technology. “If there are services that I need and want, because my phone is now going on three years, I’d be open to upgrading,” he said.

Until then, he said, he is sticking with his current device and wireless carrier, AT&T. “The reason I stuck with AT&T in the first place was they were the only provider in my area,” he said. “And that’s why I got my first iPhone. I was with AT&T. But I don’t know. I have no plans to switch. I don’t like change anymore.”

—Donald Morrison contributed to this article.

Write to Drew FitzGerald at andrew.fitzgerald@wsj.com and Tim Higgins at Tim.Higgins@WSJ.com